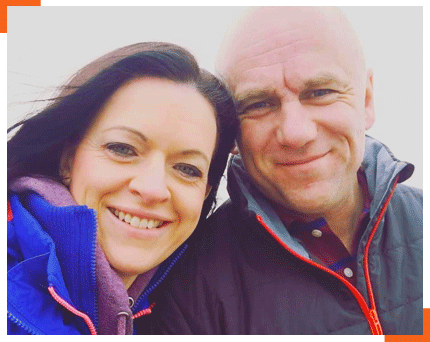 Brian is a teacher, a storyteller, an observer, an adventurer and a curious soul. He has a deep interest in working on performance, engagement and leadership problems worth solving and courageous conversations worth having.

For more than 25 years Brian has been grappling with the issues of leadership, being human and developing performance. Through a professional career in leadership in industries as diverse as logistics, construction, commodity brokerage and tropical agribusiness (among some others), he has learned a lot  about what works and what doesn’t. Leadership is integral to performance, both good and bad.

In 2011 he took the step into the world of solopreneurship with the intention of transforming the world of work. Based on a belief that the construct of leadership is broken, Brian is helping leaders to lead in a way that, not only opens the door to high performance, but, also creates a dynamic that improves the lives of people at work .

Brian has achieved a lot in his career so far. With that experience comes learning, both from success and failure. He knows there is a lot still to do.

He originally studied accountancy but realised early on that it was not for him and never worked in the profession. Subsequently, he embarked on a journey that led him to uncover a passion for people. His focus now is on helping people to perform at their highest level, while becoming a human of deep integrity, respect and openness.
Let’s face it, leading well is hard. People present all sorts of challenges and leading well means meeting those challenges courageously, compassionately and empathetically, in a way that engages. High performance leadership is about leading in a way that creates real engagement, that creates excitement and a willingness to solve the leadership problems that hold people back.

The business world has a major problem. Too many people are just doing enough to fulfil the most basic needs of their job. This is not their fault necessarily. This is a failure of leadership and the solution is to be found in the way we lead. How we make people feel about the work.

Brian has been fortunate to have had some truly awful leaders, and a few great ones too. He has observed, studied and questioned all sorts of leaders. None of them want to be poor leaders. They want to do a good job. His aim is to  support those that want to do great leadership work, to build teams and organisations that are great.

Life is messy. We all have a story to tell and scars to show. Brian is proud of his stories and scars, they are who he is.

He is ignited by adventures, both intellectual and physical. Meaningful problems worth solving excite him just as much as climbing a big mountain, running an ultramarathon or travelling to places that most won’t go.

In his lifetime Brian has had many successes and failures. He has been through things that should have broken his spirit, but didn’t. From running a mountain ultra-marathon solo, climbing Mt. Kilimanjaro, a lifetime involved in sport and growing a successful business to being arrested in Ghana, divorce, obesity, bankruptcy and years of an anxiety and panic disorder, all intermingled. These are the things that build resilience, that teach lessons if you can bring yourself to see them. 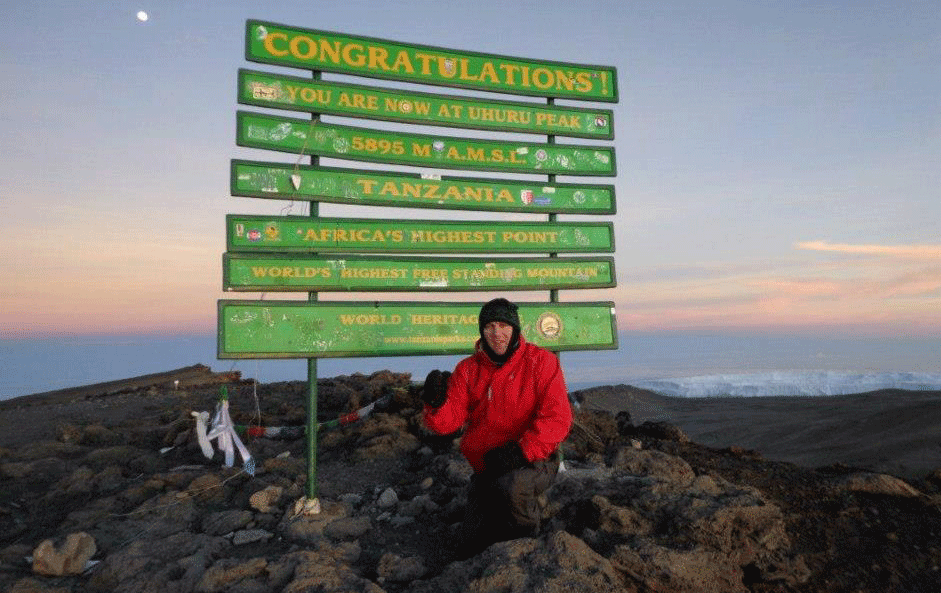 Brian says that what he remembers most in all of this are the people he has encountered and what he observed from his own and others dark side. How we, as humans, behave when faced with adversity. He is inspired and energised by many of these people, most of whom you have never heard of. Ho continues to learn, be inspired and energised by people, by humanity and by experiences, everyday.

In 2016 Brian became a father for the first time, with the birth of a strong minded and independent daughter, Saorla. He is a partner to the most magnificent woman he has ever met, Belinda, and a step-dad to Cillian and Feilim, two boys that are fast becoming men of substance and character. He is a son, a brother, a cousin, a nephew, a friend and a confidante. He is a runner, a mountaineer and a competitive soul. Brian is a professional speaker, facilitator, coach and mentor. Like you, he plays many roles in his life and wants to do the best work he can.

I discovered that I could make a difference and realised what I wanted to do. I want to make the world of work a better place to be, a place that encourages honesty, creativity, challenge, constructive conflict. To help create leadership, cultures and environments that people engage with and perform through. 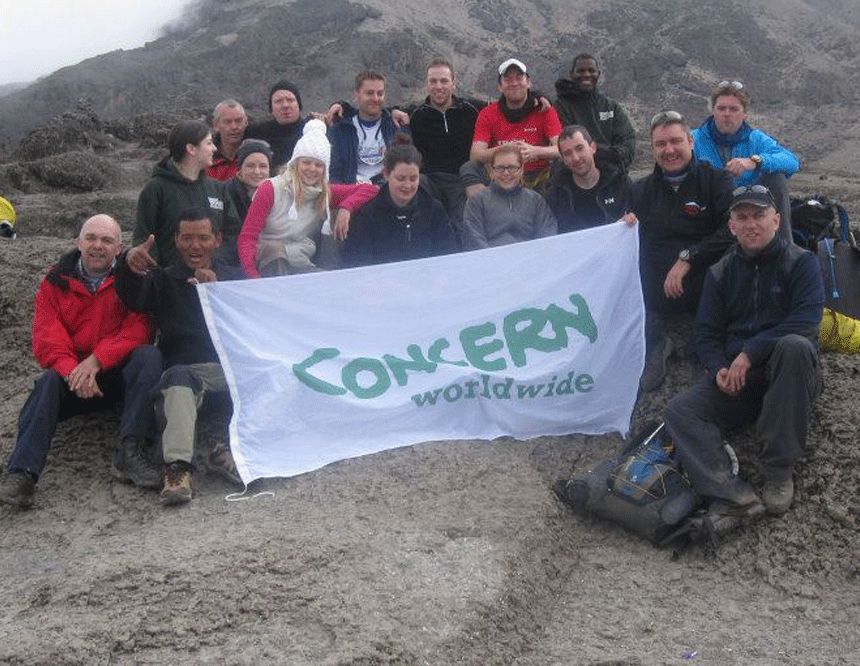 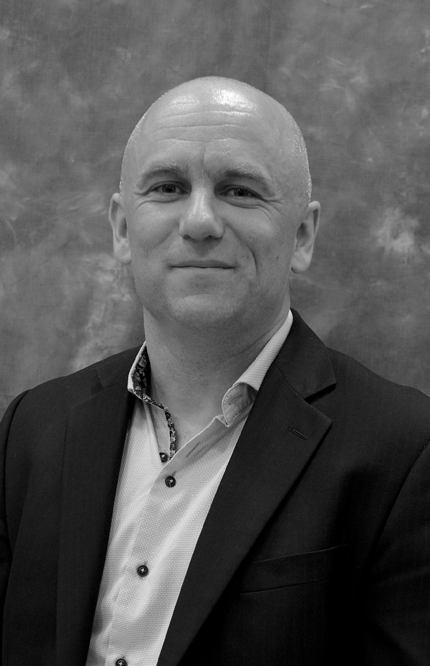 Brian has been instrumental in the success of our Academy program in Europe. As our main facilitator, Brian brings his years of field experience into the classroom to guide and mentor our earlier in career hires. He truly connects with both sales and technical employees, and builds strong relationships to enhance learning.
Sheri SmithDirector - Global Field Onboarding, VMWare

I had the pleasure of working with Brian on a long-term Business Strategy project across the Gleneagle Group. Brian’s experience in Cultural Change and Performance Management really helped us navigate our way through a fairly challenging time
Jonathan Kay, Group General ManagerGleneagle Hotel Group

I had the good fortune to work with Brian on our Graduate academy in 2018. He is an outstanding professional, very people oriented and built a very comprehensive schedule for our graduates in sales, pre-sales and services. His work was very high quality and his responses are always timely, value-added, and he was always open to working in new ways and with different people.
Adrian Foley, Director Inside Sales EMEA,VMWare

We worked with Brian to develop a new business strategy and to mentor various members of our team with 1-2-1 coaching sessions. We found Brian's input and expertise invaluable and are still in the process of implementing many of the lessons learned. I would have no hesitation in hiring his consultancy services again in the future. Brian’s professional yet flexible approach made him very easy to work with.
Irial Mac Murchú, CEONemeton TV

He clearly knows his stuff and has a huge amount of experience in this area and business growth and leadership in general. I have no hesitation in recommending him.
Scott Alexander, Head of Learning & DevelopmentLegal Island

We engaged Brian as a facilitator for a high level, round table table meeting with approximately 70 delegates. Brian was methodical and diligent in his approach and we achieved the desired result within a limited timeframe. I can recommend Brian with absolute confidence and would definitely employ him again for a similar role.
Chris Goodey, CEONational Association of General Practitioners

Working with Brian was a most valuable experience for me. He helped me open up to a world of potential and opportunity. I'd had been through coaching before but found Brian's approach incredibly effective. He wants results, he makes you work hard but you will be delighted with what you discover about yourself and your ability. Most of all after the session you leave with a sense of 'anything is possible'. In this day and age - what else can you ask for from your team? Highly recommended.
Maeve Quill, Digital Content Producer & Editorial StrategyNemeton TV

Initially I needed Brian to work with one of my key people who is with me a long time. I needed him to help her meet her real potential and I wanted to make sure she was happy doing what she was doing. The outcome was excellent. Brian has worked with six of us individually within the business. I now believe people can change. Brian has a natural ability to read people and understand the unspoken word. He is extremely direct whilst at the same time he has tremendous empathy. He cuts through the waffle and helps people to focus on their goals, their inhibitions, and helps them get some real clarity on what changes or actions they need to make. Most importantly he gets people to take ownership and take responsibility for their own lives and actions.
Regina ManganManaging Director, Liberty Blue Property Services

Brian delivered a Performance Management and Developmemt module for two Diplomas for the Licensed Vintners Association. Brian created all the content and delivered the modules. Evaluations from all delegates was 100% positive. We were all so impressed with the quality of Brian's work. For this reason, we have asked Brian to deliver on all future performance modules for the Association. I would highly recommend Brian for any staff performance related needs for your business
Gillian Knight, HR AdvisorLicensed Vintners Association

Brian Downes is an exceptional management consultant for three reasons. Firstly, he has extensive experience having worked at the highest levels of organisations in several different countries. Secondly, he passionately wants to use this experience to help organisations to get the very best from their management and employees. Thirdly, Brian is an enthusiastic and inspirational communicator who motivates both management and employees to make the changes which are necessary. I strongly recommend Brian to any business who seeks an excellent management consultant.
Terence Sheridan, Business LecturerTechnical University Dublin

I have engaged Brian as a facilitator for start of year strategy sessions and team building sessions. For anyone wondering has this impacted on my business and bottom line, the answer is a most definite yes. The strategy sessions which involved holding people accountable for deliverables and the clarity of what we needed to do at the beginning of the year has meant that profits for and the business is continuing to grow considerably. My team take responsibility, I understand the importance of clarity and we have a clear road map. I have recommended Brian to a number of business associates. Developing, coaching and bringing out the best in people is critical to a businesses success. This is what Brian does brilliantly. I really enjoy working with Brian and he helps me work outside my comfort zone, a dangerous place to stay.
Regina ManganManaging Director, Liberty Blue Property Services